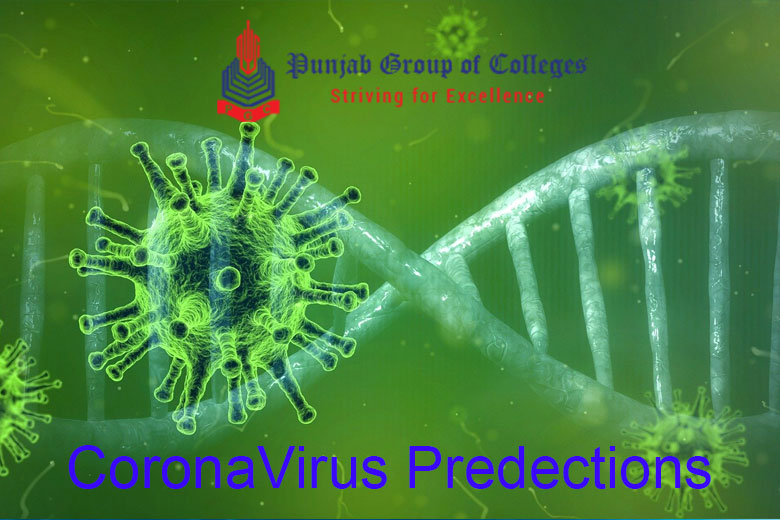 Coronavirus is almost in each country with very dreadful consequences. In Pakistan we need to be careful from the virus because each day the number of infected patients is increasing. Even we see lockdown and no more office, no more shopping malls entertainment but still situation is getting worse. The government may issue an order for curfew within the cities of Pakistan.

Till today there are almost 1595 confirmed cases of corona virus. And 16 people have already lost their lives. But these deceased persons have affected how many persons? It is still a question because obviously, they were living in some street, in some area, in some city and in some family. Conditions are very alarming because in Punjab there are almost 599 cases which are confirmed till 30th March 2020.

In Sindh province we witness almost 502 cases, in KPK the number is 192, Punjab province is also in trouble because it has almost 599 cases. In Balochistan 141 affected people have been found. Over 116 people got virus who belong to GB province of Pakistan.

The number of cases for infected people with a coronavirus infection COVID-19 in the United States has exceeded 100 thousand (1,25,433), it was confirmed through the data received from Johns Hopkins University. The states of New York (more than 37 thousand), New Jersey (6.8 thousand) and California (3.8 thousand) suffered most from the effects of the spread of infection. The death number crossed 2,201 in USA.

Ventilators are out of stock and nurses are forced to use same masks which they were using on the first day. The recommended usage is that each nurse or doctor must use a mask only once per patient. But here is the different case, masks are not available and number of infected patients are increasing on daily basis.

The staff in medical platforms is limited, medicines are limited and the health of medical staff is also in danger.

As per the statement of Dr. Anthony Fauci 100k to 200k people can go into valley of death after seeing the current situation. But its our target and it is a target of several countries to find a way to fight with courage, he added. As per his statement, most of the countries were looking at US but problem is still dangerous in New York and virus is travelling into other regions like New Orleans and several other parts of United States of America.

Most cases were reported in the states of New York, New Jersey and California. More than 1.5 thousand people died from complications caused by the disease in the country. The largest number of deaths was recorded in New York (366). The number of recovered was 862 people.

On March 27, the United States gave another sad news to the world that the number of coronavirus infected people, bypassed China and Italy.

On March 27, he signed a law on financial support for the country’s economy in the amount of $ 2.2 trillion. These funds will go to additional financing of the healthcare system, business support and direct payments to Americans.

According to Johns Hopkins University, the number of infected COVID-19 worldwide exceeded 593 thousand and more than twenty-seven (27) thousand people died.

According to the World Health Organization (WHO), as of March 27, the number of people infected with the new coronavirus in the world exceeded 509 thousand. According to current data from Johns Hopkins University, 601 thousand people have already become infected in the world, more than 131 thousand have recovered.

Do you breathe in Fresh Air?

If you relax in the fresh air without being surrounded by a large number of people, then there will be no harm to health. But getting into a noisy company, preparing for a picnic, when you need to drop into shops, to a gas station – all this is already unsafe.

If earlier we said that COVID-19 is an imported infection, but today there is already circulation within each country almost. Investigation is in process that why this fatal virus appeared? What was main cause for coronavirus? Whom can we blame for it? Or is it a punishment by God as we all are going at wrong directions? These things will have serious impacts in future. And main causes will be revealed soon.

And since this virus is travelling everywhere, we cannot be sure that among our relatives and friends there will not be an infected person. Including an asymptomatic or low-symptom patient with coronavirus. Such a situation may entail adverse consequences for us, our parents, grandparents.

Coronavirus can be transmitted not only by coughing and sneezing, but even when talking at close range – less than 2 meters. This is stated in the new guidelines of the Ministry of Health on COVID-19.

“In addition to age factor and chronic diseases, can something else increase the risk of becoming seriously ill?

Some young people have autoimmune diseases. In particular, rheumatoid arthritis. There are a number of other diseases in which young people have to take immunosuppressive drugs. There are immunocompromised patients. There are those who, despite their young age, have chronic lung diseases, bronchitis, and so on. All that are listed above increase the risk of getting a severe form of COVID.

Trade agreement between Beijing and Washington

Trump stopped blaming China for spreading the disease when an epidemic broke out in his country. The outbreak of COVID-19 in Wuhan strangely coincided with the signing of a trade agreement between Beijing and Washington in mid-January.

It froze a trade war between the two leading economic powers. The virus became world news headlines on January 21-22.

When Merkel announced the holding of the Europe- China summit in response to the China-US trade deal (there will still be a lot of strange mystical coincidences with COVID-19.) Conspirologists instantly concluded: officially freezing the trade war is unprofitable for Trump in the year of the presidential election. The united states decided to secretly hit the rival with a virus in order to weaken it economically. However, no solid proofs have been given in this regard. Just these are based on some coincidences and time will prove the legitimacy for this conspiracy theory.

Russia introduced a medicine for the treatment of coronavirus, created on the basis of the antimalarial drug Mefloquine. But at this moment we don’t know how much popularity or acceptance it will have in other countries as well? Can it be sufficient to fight against coronavirus? Can it be available in big quantity? This drug was developed back in the 70s of the last century and is included in the list of essential medicines recommended by the World Health Organization (WHO) for the treatment and prevention of malaria.

But since it is obligatory to find an active remedy to aid patients with coronavirus as soon as possible, physicians from all over the world have commenced testing existing drugs intended for other purposes, in the hope that they will help with Covid-19.

More specifically, Chinese specialists from the Qingdao University School of Pharmacology also explained its uses and these are persons who monitored the consequences of chloroquine use in more than 10 hospitals in Wuhan, Jinzhou, Guangzhou, Beijing, Shanghai, Chongqing and Ningbo.

In total, more than 100 people took the drug. Chinese doctors came to the conclusion that the effect of “using chloroquine phosphate is somehow effective to the treatment results in the under observation groups. And there were no serious adverse reactions for chloroquine in the above patients.”

Given these findings, experts agreed that chloroquine has “persuasive effects against COVID-19.” The drug is recommended in the guidelines for the treatment of pneumonia caused by COVID-19 and approved by the National Health Commission of China. But still the main issue is, there should be a drug that can hit the coronavirus directly. After coronavirus a patient’s body may catch other diseases. The doctors are examining the blood samples of people who recover from this virus as well to cope with the issue.

The need of time is to call emergency meeting where scientists, physicians, chemists and professors must sit on a table talk. Each of the participants should present his/her findings in order to bring any kinds of confirmed weapon against coronavirus immediately. We should also see that only lockdown cannot solve the issue because there are millions of people who are stuck at homes. Other viruses of unemployment and hungers are ready to spread everywhere. Who will control these disasters? So, it is right time to forget all political contradictions for the sake of humanity.