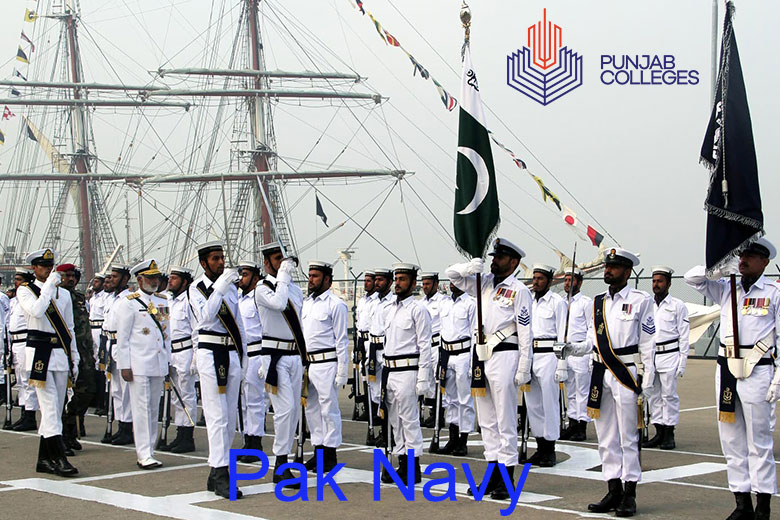 In this article, you will acquire all the step by step guidance about How to Join Pak Navy?

Every highly motivated man aims to become part of the honourable force where one can serve the country with the spirit of sacrificing everything.

How to Join Pak Navy?

It is one kind of warriors who go beyond the comforts of life and choose to live beneath the water and spend most of their life there. Ready and prepared to face any risks, challenges and fight back for the nation’s security.

It requires a lot of courage and a great heart to leave the life behind and join the having a great goal ahead.

PN came into existence for the Naval warfare which is a set Defend and protect on the sea borders. It is considered to have four conventional dimensions as an advancement in the force. Initially, there were only two dimensions, surface and sub-surface but the developed navies will have aircraft (3rd dimension) and a Marine force for land operations (4th dimension).

How Can You Apply for Pakistan Navy?

There are few recruitment and selection centres where one can go along with original and attested academic documents and an uncrossed Postal order of Rs. 100/-, find details below.

Candidates with qualification of Matric or intermediate can apply to have a minimum of 60% obtained marks.

To apply online for the courses, visit https://www.paknavy.gov.pk/ and submit the details accordingly.

To register personally, the candidate must visit the nearest PN Recruitment and Selection office taking all the required documents mentioned in the advertisement.

Following may be the required documents: All citizens of Pakistan can apply.

The required age for Civilian Candidates is between 16 ½ to 21 years.

The required age for Service candidates is between 17 to 23 years.

There are four stages that a candidate undergoes before coming on board.

Candidates go through psychological tests and different outdoor activities during the above mentioned trials.

After joining as cadets, the candidate will be mentally, morally and physically trained, groomed, and motivated like an important asset for the academy. The officer will experience and achieve to become a competent enhanced personality having high spirits.

Serving the nation with such passion is in itself a pride for all.

After the training of 1½ years, the cadets proceed and join the ship as midshipmen where he learns multiple things living at the sea. Gains experience of working in different areas onboard. Then after six months of training at the sea, the individual is promoted as Sub-Lieutenant.

During the training, cadets are offered free Mess, Accommodation and Uniform.

The training and promotions to higher posts entail a long process that includes study in Naval Engineering College for 2-1/2 years. As the requirement for degrees, other level certifications and demands increase accordingly.

Those who work hard and excel in their area of work are also offered the opportunities to prosper in the relevant service ranks depending upon the completion of pre-requisite courses.

The courses may include:

a. Diploma in Engineering
b. Free Mess, accommodation and uniform
c. Free Medical facility of self, family and parents after marriage.
d. Plenty of chances to go abroad on courses/deputation.
e. In addition to specific pay of Naval Officers, 40% extra salary and foods provisions for officers of Submarine service and SSG(N).
f. Sponsored education of children in English Medium Schools and recognised Professional Institutions.
g. 50% Discount on travel by Air or Railway.
h. The facility of two months leaves and one free train voucher from service’s place of residence per year.

One can just wish and dream to join such honourable forces.

There are different posts and each has a different area of work. All people associated with it feel proud and dedicatedly perform to serve the whole nation. Everybody feels responsible, loyal and motivated towards the service.

They enjoy a completely different internal environment that cannot be found anywhere else. All cadets follow the strict set of rules as their performances and routines are always being monitored along with the step by step guidance by superiors.

They teach how to be committed and professionally serve at service without thinking about one’s self.

Joining the force means to have a cordial and unmatched experience. Pakistan Navy has struggled hard to build up a big setup of modernized ships having the facility of equipment and weapon operating system. It has the latest submarines, state of art MCMVs exceptionally built missile boats, fast petrol crafts and midgets submarines.

To keep a check on the weapons they conduct multiple missile tests as recently they publicised about it and tested launches of weapons and missiles to hit the targets on the surface from submarine to check the performance in case of warfare.

Radio Pakistan informed that the trials of land-attack, anti-ship and air defence missiles were directed in the north Arabian Sea and the Makran coast in Baluchistan.

They also released the footage of the trials which were held and witnessed in the consent of its chief Zafar Mahmood Abbasi who claimed that they are always ready to fight and defend the nation as sea frontiers with a spirit to knob any misadventure from the enemies.

Rear Admiral M. Arshid Javed, the official representative of the PN also tweeted and talked about the trials and tests. He assured that all the weapons that include Land attack missiles which were fired from fast attacking craft and submarine, Anti-ship missiles were launched from aircraft and PN destroyer, Air defender missile was launched to ensure its capability and the performance of all missiles were perfect as they hit the specific targets successfully.